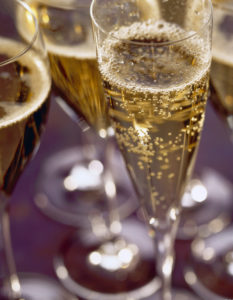 The mythical actress Marlene Dietrich said that “it gives you the impression that every day is Sunday”. Also, the statesman Napoleon Bonaparte believed that it was crucial in some particular occasions: “In victory you deserve it and in defeat you need it”. And the poetic vision of the writer George Sand considered that “it helps one to wonder”. The “muse” of these quotes is champagne. 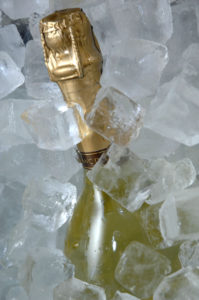 After being used in 496, in France, by the bishop of Reims (the future   Saint Remigius), during King Clovis’s baptism ceremony, then converted to Catholicism, the wine of the region of Champagne incites a special kind of fascination in the wine world.  The story itself is made up of legends and truths, and it is said that, around 1668, the Benedictine monk Dom Pérignon was accountable for improving the techniques which increased the beverage’s quality and effervescence.   The studies of this religious man probably contributed to the origin of the classical method – also known as “champenoise” – one that, until today, is adopted as a method of production of the “king of sparkling wines”, combining the grapes Pinot Noir, Pinot Meunier and Chardonnay. 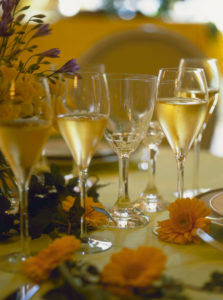 Known for its excellence and glamor, champagne is the drink of festivities. Therefore, it is an essential element of a wedding. Combining it with different delicacies is considered an art and, therefore, 27 Stars Luxury talked to two internationally renowned chefs (a well-known French master and a young Italian talent) on the perfect champagne to accompany their creations. Dazzle yourself with these wedding menu suggestions. 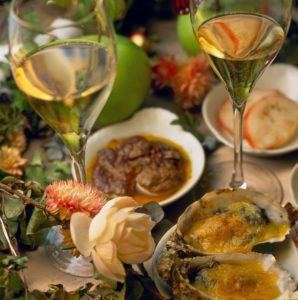 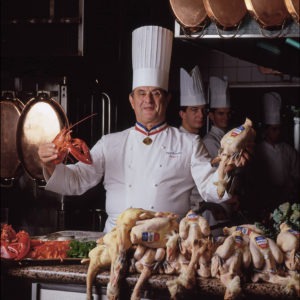 One of the 20th century’s most important chefs, the Frenchman Paul Bocuse has revolutionized the gastronomy of his country and the world. He is regarded as one of the inventors of the “nouvelle cousine” – a tendency born in the 70s, which relies on essentiality, lightness, fresh ingredients, while also paying importance to food presentation. He has a “collection” of the much-revered Michelin stars and his name is now a brand: his business group has 20 restaurants scattered throughout different countries, as well as a cooking school and a foundation. But his main powerhouse is L’Auberge du Pont de Collonges in Collonges-au-Mont d’Or, in the north of Lyon, France. This award-winning restaurant was the place of birth of the concise and refined menu, signed by the illustrious chef, and now published by us.

Black truffle soup (Created for the President of France, Giscard d’Estaing, in 1975)

Chicken stuffed with truffles and cooked in a bladder 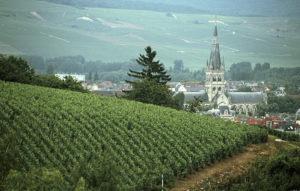