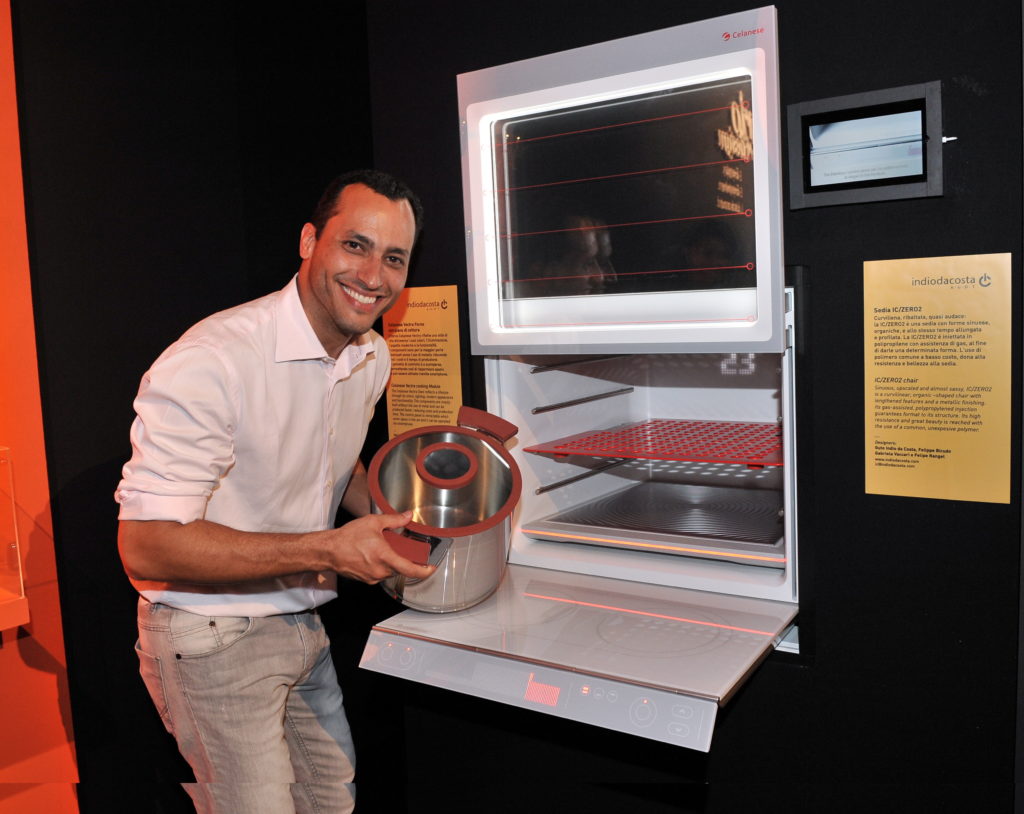 Guto Índio da Costa, the carioca designer son of a noted architect, completed his industrial design studies at the “Art Center College of Design”. He spent a lot of time studying on the Swiss campus.

In 1995, he returned to Brazil and made his first major work. It changed the entire design of the Leblon neighborhood in Rio de Janeiro. In the same period he began to work with objects as well.

Today, Guto is passionate about designing products and loves creating functional objects that people fall in love with. He believes that good design with a high scale industrial production can lead large works to a significant number of people.

Índio, in Milan, presented a series of products, all with the characteristic that the form is influenced by technological processes. Between them:

Guto’s office has more than 75 designers working alongside him. Among so many projects that the group is working, there is the new urban decoration of the city of Búzios.

Find out more about him and his works by clicking here.