The city of Sao Sebastiao of Rio de Janeiro was founded by Estacio de Sa in 1565. Its strategic position on the Brazilian coast created the development of its waterfront and commercial timber, and its fishing and sugar cane production, causing a rapid population growth. In the 18th century, the gold discovery of Minas Gerais, Rio de Janeiro, had established a bridge between the mines and Europe. At the end of this same century, the cultivation of coffee and the arrival of the Portuguese Royal family in 1808 gave a new injection to the city’s economy. This royalty also marked the arrival of gas lighting and public transport with animal traction.

Rio de Janeiro had its splendor between 1920 and 1950 when tourists from various parts of the world, attracted by its natural beauty and its romantic image, came to spend money in its casinos

In 1960 the city was no longer the capital of Brazil and the capital became Brasilia. From 1964 to 1985 there was a military government in Brazil.  It was an era of dictatorship characterized by a lack of democracy, a great deal of censorship, repression and political persecution.With the end of the military rule in the country, the new constitution based on democratic principles was established in 1988. Today Rio de Janeiro is seen as the international capital of Brazil, effectively elected by citizens of the world.  This beautiful city is blessed by the open arms of the Corcovado and will face the challenge in the upcoming years of being the center of global attention for the World Cup Soccer in 2014 and Summer Olympics in 2016. These important events promise to further promote the already famous “curves and shapes” of Rio : the mountains and the Carioca women famous for their swagger and voluptuousness. 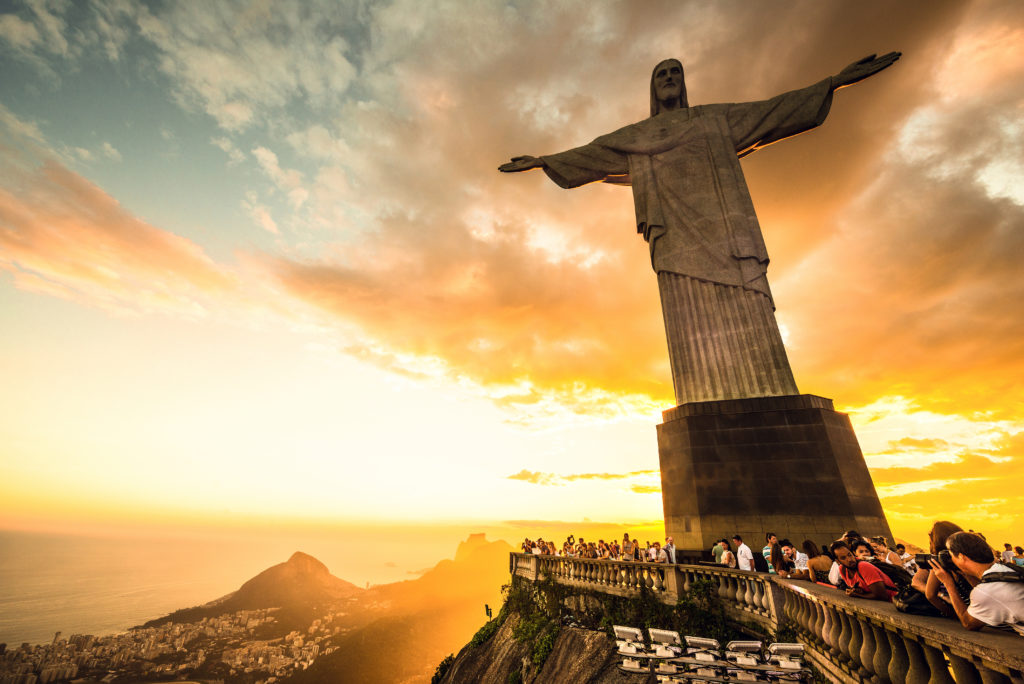